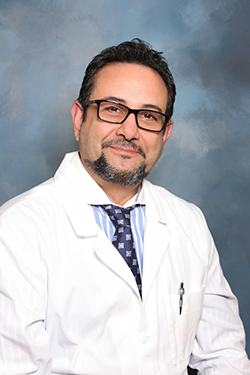 Dr. Nezami is a graduate of USC and UCSF residencies. He has functioned as a faculty during his training as well as invited presenter at society of teachers in Family medicine. He has been in practice for 20 years and currently is the president of Pacific Medical Center of Hope in California. He is promoting research in conventional and integrative oncology, in cutting edge.

Dr. Nezami serves as national and international speaker in oncology and epigenetic science.  He has been involved in many research projects and publications, presentations (including Society of integrative oncology( SIO), American Association for Cancer Research ( AACR), Molecular Medicine Triconference, World Molecular Imaging( WMI), and World Pharmaceutical Congress, NCI-AACR, …. Author, Integrative Medicine, A Clinician Journal, as well as author and coauthor in oncology literature.

Dr. Nezami is an inventor and innovator and has designed a patented novel method of treating patients with advanced cancer, called Modified Multi Molecular Targeted Epigenetic Therapy (MTET). With this method, during the last 7 years, he has successfully treated many patients, mostly with advanced stage four cancer who had failed all other conventional methods. National Cancer Institute and all their related oncology consultants have confirmed this method of treating patients with cancer as novel and effective. Several cancer institutions, including MD Anderson cancer center and private oncology centers have already started investigating his method in either preclinical or clinical settings, showing “extraordinary” results.

Dr. Nezami has served as principal investigator by National Institute of Health ( NIH); for TACT trial and is currently involved both in research and publications( as coauthor) with National Cancer Institute (NCI) in the best case series of complimentary and alternative cancer therapies. 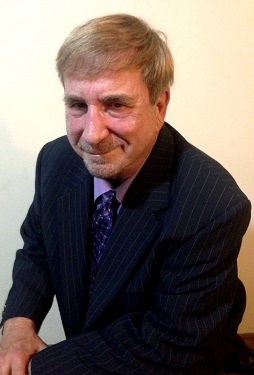 Ronald J. Maciel is a retired Judge of the California Superior Court. He has a diverse background, both on and off the bench. In addition to law, he holds a CPA license, and has held general contractors and real estate broker licenses. As a judge he participated in the Judicial Science Symposium at the Salk Institute in La Jolla, California.

As a patient, he has observed firsthand the excellent standards of treatment of Dr.Nezami. Mr.Maciel’s youngest brother died of cancer.

Had Dr.Nezami’s treatment protocol been available at that time, the outcome would most assuredly have been different.

Mr. Maciel considers it an honor and privilege to be a part of the Advisory Board. 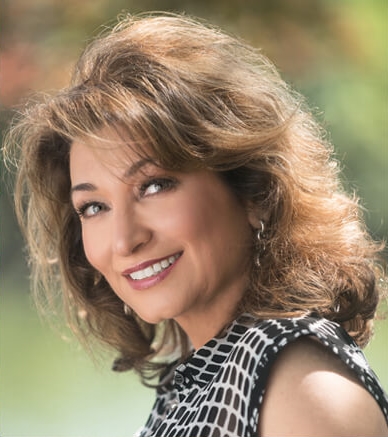 Zari Karimi has accumulated more than 30 years of experience in sales, computer programming, academic teaching, and healthcare project management and has a successful track record as a seasoned and creative business professional.

Zari began her professional career as a computer programmer and quickly earned a leading sales position within her organization based on her ability to articulate technically complex solutions to a non-technical audience; her customers. She has held sales and project management positions with both mid-level and Fortune 34 companies. Her entry into project management came from involvement in performing proof of concepts for her customers and seeing the integral role of the project manager in the execution of deliverables.

Currently, in addition to teaching Operations Management at California State University – Northridge Zari has been a Project Director with Anthem — America’s leading health Benefits Company since 2003. 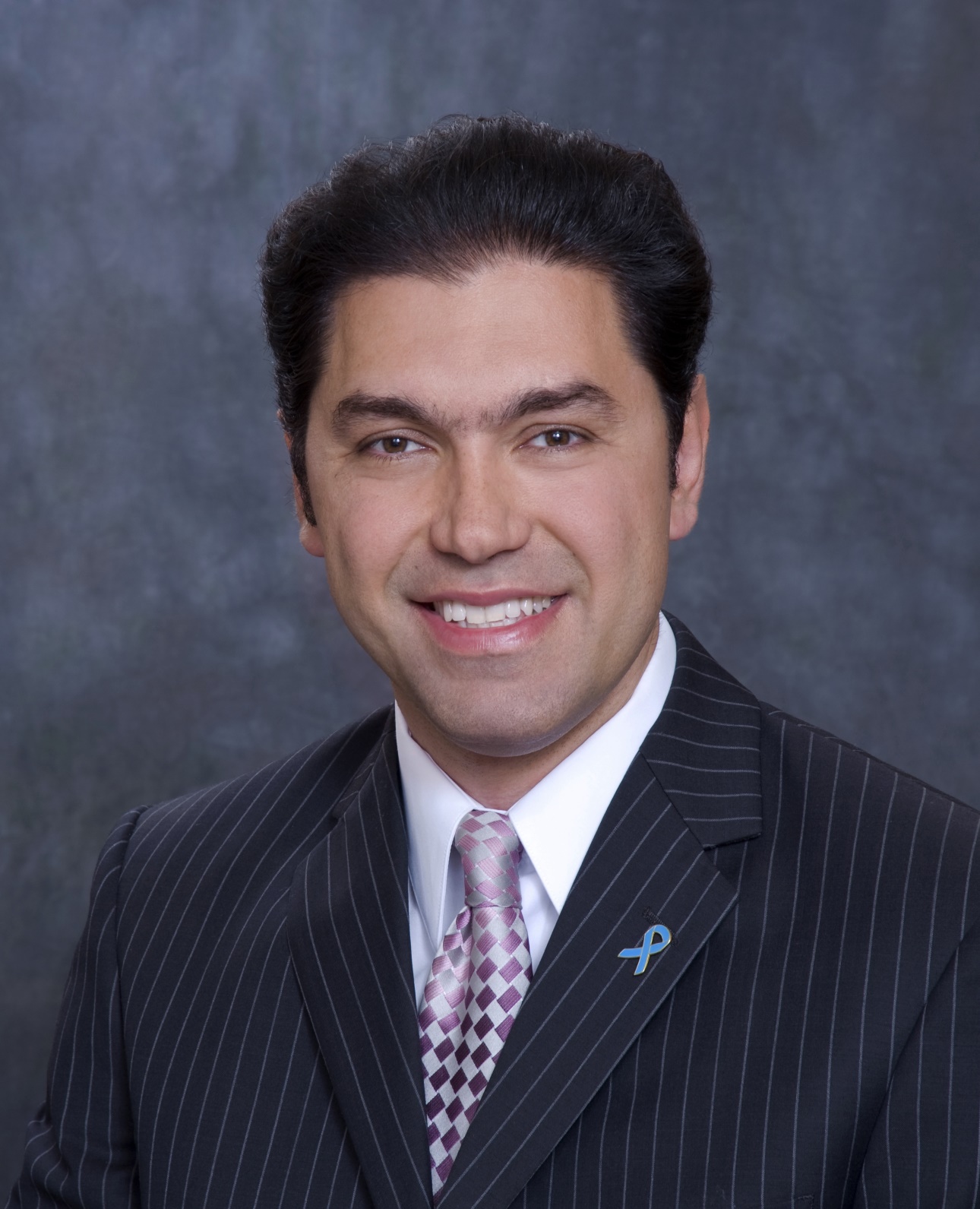 Reza Shirazi, M.D.graduated Magna Cum Laude in Electrical Engineering and Computer Science from California State University of Los Angeles and was recipient of the 1996 NASA & Jet Propulsion Laboratories, Outstanding Engineer of the Year Award. He earned his Master’s in Applied Physiology and medical degree from The Chicago Medical School at the Rosalind Franklin University of Medicine and Science in 2001. He served his internship at Loyola University Medical Center in Chicago, and completed his residency in Radiation Oncology at the University of Cincinnati Barrett Cancer Center where he served as the chief resident from 2005-2006. He is Board Certified in Radiation Oncology by the American Board of Radiology and recipient of the RSNA 2006 Roentgen Resident/Fellow Research Award. He joined Radiation Medical Group in 2006.

Dr. Shirazi serves on the board of directors of Genesis Healthcare Partners and Western Cancer Center. He is the former Chair of American Cancer Society San Diego County, former Chair of leadership council for American Cancer Society San Diego, Adjunct Professor in the Department of Physics at San Diego State University and recognized as one of San Diego’s Top Doctors by the San Diego Medical Society and San Diego Magazine in 2010, 2014, 2016, 2017 and 2018. He has several peer reviewed publications and presentations in National Scientific meetings and is an active member of the research arm of the Genesis Healthcare team.

Brian Griffith is an established Businessman in Orange County, Ca. and has had successful careers in Medical Sales and Finance.

Brian has worked with companies such as Johnson & Johnson, Smith & Nephew, and McKesson. Brian is currently Vice President of the The Bench a national recruiting agency that specializes in placing medical sales representatives around the country and locally. Brian is most proud of his Marriage of 25 years to his wife Jenny and their three children Abigail 23, Joshua 19 and Emma who went to be with the Lord on August 4th, 2015 after a long battle with Metastatic Osteosarcoma. Nothing can prepare a family for the Spiritual, Emotional, Mental & Financial devastation a cancer diagnosis of their child and especially and Orphan cancer where the treatment options have not advanced for 40 Years and there is very little investment in research.

Brian joined the board after seeing the success stories one after another at Orange Coast Medical Center of Hope and believes that all cancer patients should have access to these advanced methods of treating cancer. 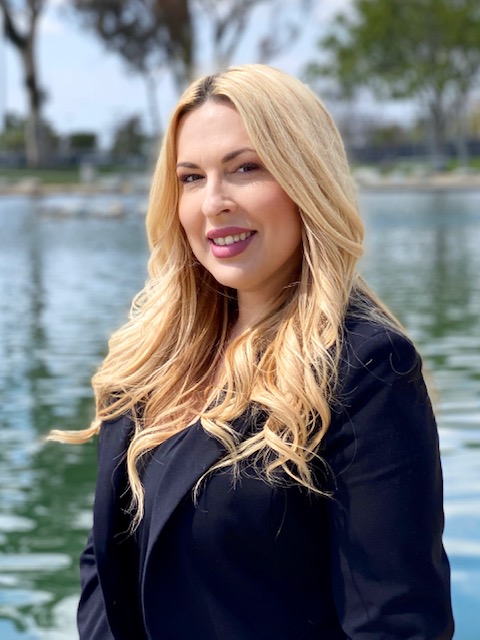 Jayne Moats was born and raised in Orange County California and has 20 plus years in customer service and marketing.

She has been involved in multiple non-profits and volunteered extensively within her community. She enjoys helping others and giving back to the community. She looks forward to working with the Cancer Research and Life Foundation educating the public on how the foundation can help by providing financial support and hope to current and future patients. She looks forward to creating new and lasting relationships in pursuing the success and growth of the Cancer Research and Life Foundation.